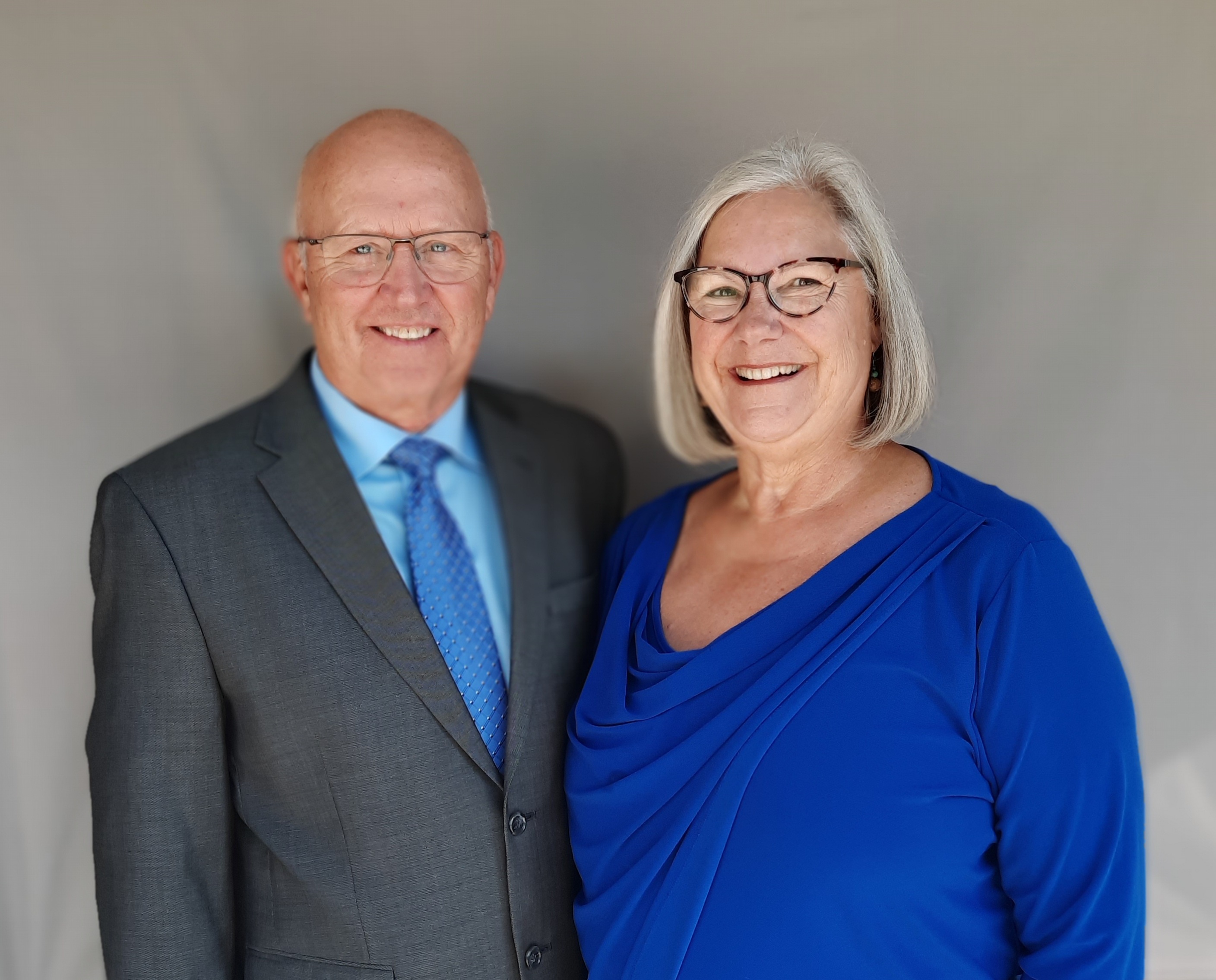 If you’ve met Ken & Kathy Herman, you’ve met love, graciousness, humor, and a genuine heart. Ken enjoys making people laugh. From his one-liners to his joke-stories with such delivery you’d swear he was telling a story of his own…and then the punchline hits you and you’re just about in tears from laughing.  Kathy enjoys making people feel loved and cared for. She’s quick to greet you with a genuine hug and the sincerest heart-felt, “How are you doing?” Ken & Kathy truly care how you are.

Kathy is a retired secondary teacher in the Northern part of Michigan’s lower peninsula. In the small, yet beautiful, town of Suttons Bay, MI there’s only one public school. And Kathy loved teaching children in that school. Ken started his career in the trades. His father was in the excavating business, which opened the door for Ken to become a self-employed residential general contractor for 40 years.

Before Bonvera, Ken & Kathy both worked full time. They still had their youngest child at home. And they didn’t have a lot of time and they didn’t have a lot of money, but they were living ok. Ken recalls that they didn’t realize that things were closing in on them, “We were both working our tails off so much that we weren’t able to enjoy life or what we had right in front of us.” This is when Ken was thinking he was going to start easing out of work to do things he enjoyed, “I started doing some volunteer basketball coaching at the high school and I was really enjoying it. The problem was that I realized that I couldn’t stop working to coach. And that caught me off guard. We got the team to state finals, and it was so much fun! It was great for our small community. And while we wanted to do it again, I noticed that the numbers in the checking account were starting to drop. And I panicked a bit. Bonvera wasn’t something that I was really looking for, but it ended up being hope.”

Ken & Kathy have been in this industry for about 35 years. When Ken’s nephew got involved, he had to get “Uncle Ken” on board in a hurry! Ken was a busy guy building houses, coaching two sports, working as a ski instructor, a dad, a husband…he was busy! Ken recalls, “I was at a golf outing with my nephew, and I told him that after the outing I’d sit down with him. I was just going to meet with him to basically get it over with. But then I saw team approach. And then I met Mr. Joe Darkangelo. I quickly learned that there was a whole lot more to this than I thought. When I came home that day, Kathy jokingly asked ‘Well, did we sign up?’ and I was excited to say ‘Yeah! We did!’”. Kathy was a bit more hesitant at the beginning, “I told Ken that he could do it, but don’t count on me. I have plenty to do.” Kathy wasn’t interested…at the time. Until Kathy started going to the training events, meeting people, getting involved in the community, and meeting the leaders. That was Kathy’s turning point. And they haven’t looked back since!

When asked about their “why” Ken & Kathy replied with two words: dreams and freedom. Kathy explained that they want to be able to expand on their dreams. They’d love to have a place closer to their kids and grandkids in Colorado to be able to come and go as they please. Ken elaborated, “We have pots and pans in a storage room off the garage. I was buying steak knives and cutlery at garage sales for ‘the cabin’. And I realized that I had forgotten about ‘the cabin’. I still have some of the stuff I was collecting, but ‘the cabin’ had just gone away because it probably wasn’t going to be doable doing what we were doing. We couldn’t work any harder. We couldn’t create more time to make more money. It was like running the 400 meters: run your tail off until you’re back at the starting line and you take off again. We just weren’t getting anywhere. I saw this as an ‘out’. But it changed from that to the love of the community. We really like the group of people that make up Bonvera; they have become friends.”

Ken & Kathy love that Bonvera uses team approach. Ken explained, “What attracted me to Bonvera was team approach and the community building. When you go to an RTE or an NTE, there’s excitement in the room. And you know that you’re not doing it alone. To use a track analogy, a relay team is going to run a mile faster than an individual. And that’s team approach.”

We asked Ken & Kathy how Bonvera has changed their lives or has allowed them to do. Ken reflected on the amount of reading and learning he’s been able to do and has been encouraged to do. “It changed the way I coach and build relationships. The teachings developed my listening skills and how to reframe.” And while Kathy agrees with that, she also pointed out, “We have been able to share this with our kids and to even involve Ken’s 80-something year old mother, Grandma Donna. And she really considers Bonvera her family. She can’t stand to miss an RTE or an NTE.” Ken followed up, “There are a lot of things you can do that will make you feel bad the next day, and there are a few things you can do that will make you feel good the next day. Being involved with the Bonvera community is something that will help you feel good the next day, and the next, and the next.”

We couldn’t end their interview without asking a few fun questions.

Kathy’s favorite TV show (when she watches TV) is The Voice. “I like to see people that may not have a chance any other way and end up making it.” Ken’s favorite TV show is Yellowstone. “It’s a little rough around the edges, but I like the western type stuff, always have. Even if it’s fiction; it’s kind of the ‘what if that were true’.”

If Ken & Kathy were stranded on a deserted island and could only bring one thing with them, Kathy said, “My husband!” and Ken quickly replied, “Because I would bring food!”

When asked if they could be any fruit, which fruit would they be, Kathy replied, “I think I’d be a cold red grape because they grow in clusters, and I would be around a lot of good fruit.” Ken said he’d want to be a tomato, “because you wouldn’t be sure if I was a fruit or a vegetable!”

We couldn’t skip the hero question. If they could be any hero, who would they be. Kathy would opt for a “real hero” and forego the make-believe heroes, “The hero I would be a healthcare worker. Hats off to them! I just can’t believe all the good things they have done and continue to do for our country.” Ken would opt for a hero he made up, “I would be ‘Truth Finder’. I’d like to know where Hoffa is; I’d like to know who controls the price of gasoline; I would like to know when someone is lying. I just want to support truth.”

To wrap up our interview, we asked if Ken & Kathy had any other insights, suggestions, or comments to share. Ken shared, “When we first got involved, there was a lady on another team that was quite a bit younger than myself that said, ‘I wish I were more like you and your wife because people trust you’. And that may be true a bit because of our age, but the tough realization is that when you think you have credibility with someone and you find out that you actually don’t, it’s a kick in the stomach. Having said that, the advice I have is people aren’t always thinking about you. And if you struggle to get past that, talk to more people. You’ll find evidence that people aren’t thinking or talking about you down the road because views that you thought would have been shared about you have not been shared. That means that they’re not thinking about you. Don’t worry about what people are thinking about you because in the end, they’re not. Live your life for yourself, not for what others may be thinking about you.” Kathy suggests, “Talk to people that have walked down the path that you want to be on. Because, in this business, they aren’t going to lead you astray – they want you to succeed.’ Ken added, “Kathy & I are older than our team leaders, yet I look at them as so seasoned that I don’t think of them as my junior – and I’m good with that. And my last bit of advice is to do it faster! It’s worth it! It’s like training for track: the person training for the 400 doesn’t run a 300; you run a 500 to get ready for a 400. If you can overdo it in practice, game time is easy.”

Kathy insisted that I add her praise for the Bonvera office staff, “The Bonvera HQ staff has such patience and foresight, that it cannot go unnoticed. That is a huge part of what keeps Bonvera moving along. And we are so grateful for the office staff that is doing the research and doing the heavy lifting. It’s imperative to have a great office support staff to make this whole thing work.”